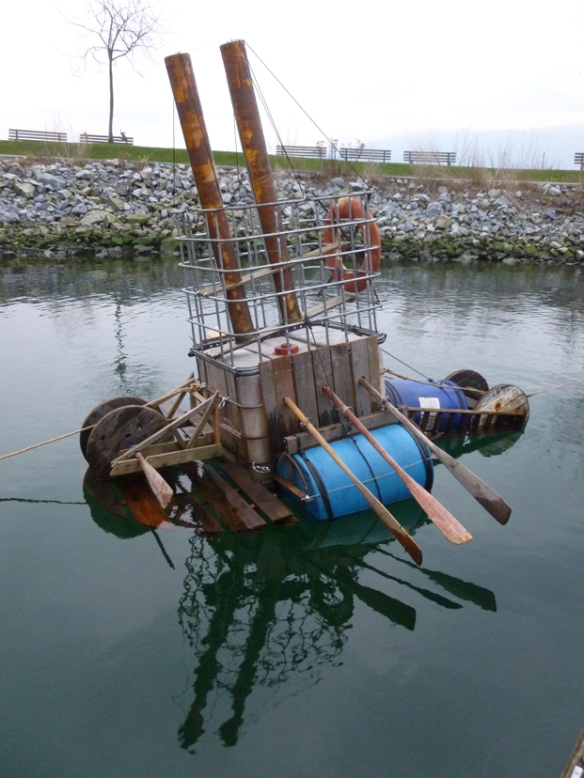 SS Aimless 2013 was a temporary floating sculpture moored at the docks of the Vancouver Maritime Museum as part of a pilot project called ‘Debridement’.  This study was the third in a series of non-sensical forms of marine transportation in collaboration with  Tiki Mulvihill.

SS Aimless serves as a metaphor for the conflicting notions of our time. Built of re-purposed ship-yard scrap, it remains caught in the ebb and flow of the tide, anchored in contemporary times, yet moored to the traditional, obsolete transport systems of our paddle wheeler past. 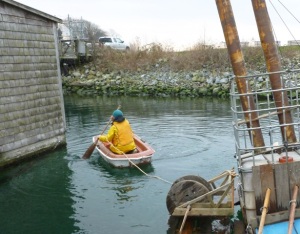 Details of the installation were captured by Barb Snyder in the photographs below. 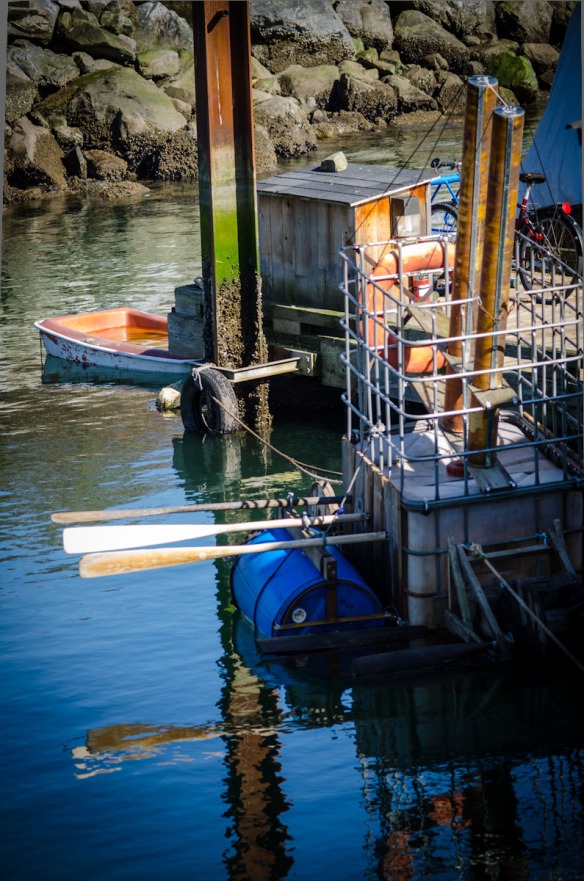 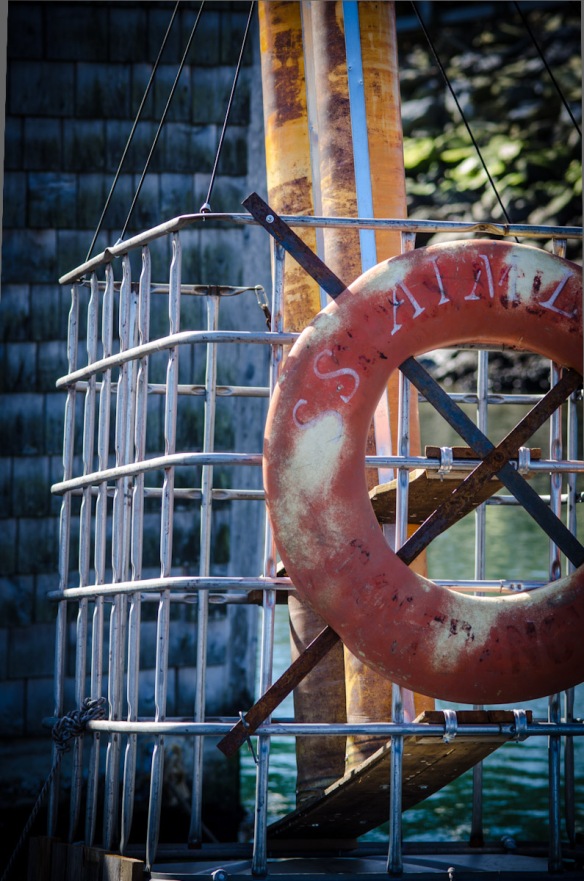 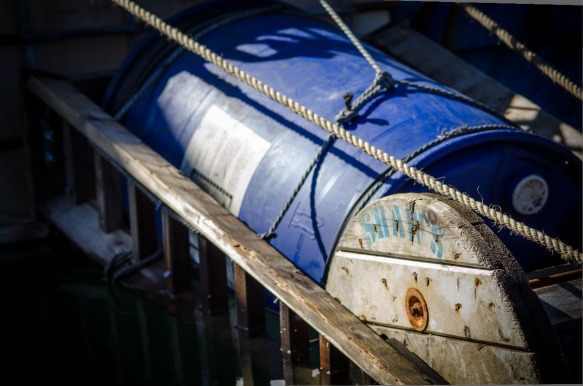 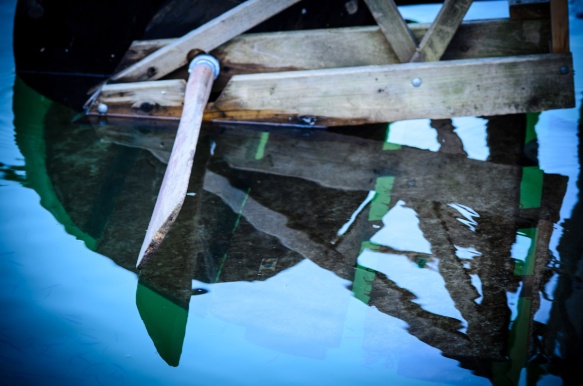 Circumnavigator situates as both a survival raft and a raft of commerce, a container for the uncontainable. As a concentration in roundness, it provides a simple means of nonsensical transportation; carving an indirect journey with no beginning or end, no true source or destination, no rhyme nor reason. 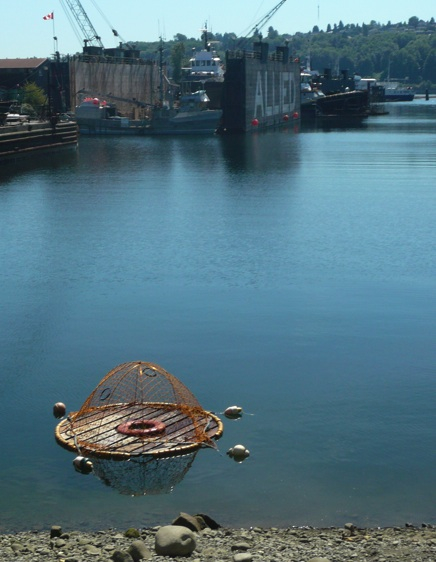 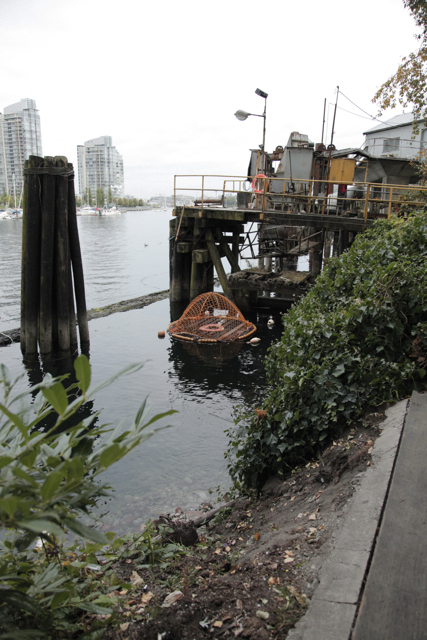 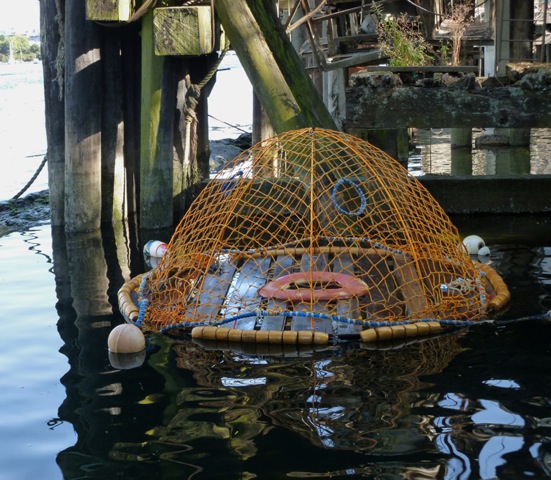 Titled as the wreckage or cargo from a sunken ship, Flotsam and Jetsam, two round ‘wharfs’, provide a simple means of nonsensical transportation. As antidote to contemporary life, within an antithesis of speed, they flow in contrast to most other current locomotion on land or water. 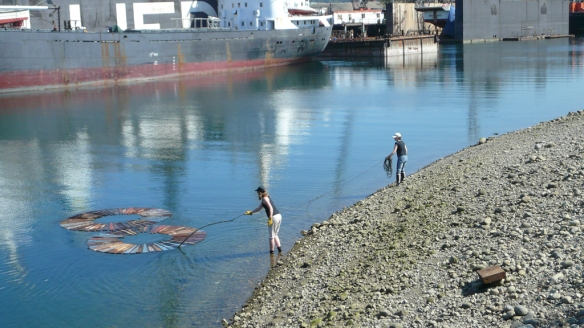 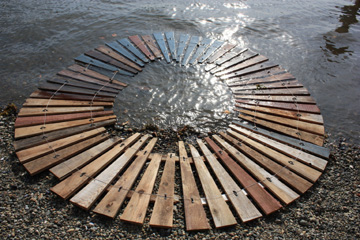 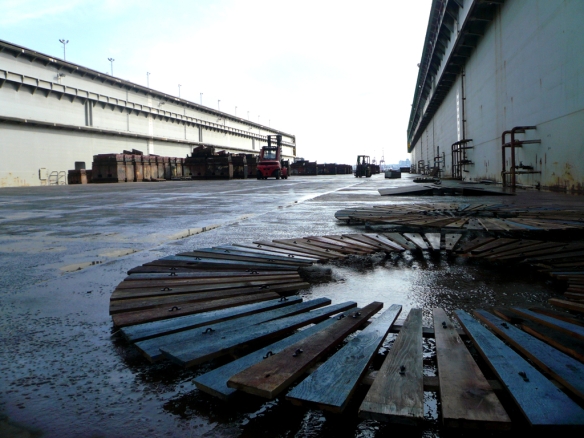